More on the Election of the UNESCO Director General

> UNESCO > More on the Election of the UNESCO Director General 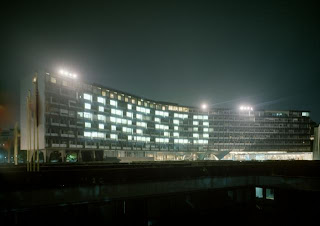 The UNESCO Executive Board has begun is meeting and will soon elect its candidate for to serve as Director General for the next four years. Three days have been scheduled for the election — October 4, 7 and 8.

The September 28th issue of Jeune Afrique has a long section on the race (in French) titled “UNESCO: La Batille de Fontenoy“. Unfortunately it is not available on the Internet, but the magazine is widely available.

Yojana Sharma has continued her coverage of the election in various publications.

Here are some other articles about Rachad Farah:

There has also been some recent press coverage of Irian Bokova candidacy:

Since the current crisis in UNESCO is largely due to the United States withholding is contributions to the Organization for the last two years, the status of those contributions may influence the choice among the candidates. The Congress is still gridlocked on the U.S. federal budget for the year beginning October first, but there have been a couple of useful signs recently. The Senate Foreign Relations committee held a hearing on the nomination for Ambassador to UNESCO last week. Thus the process is still going on to confirm a full ambassador to the post of Permanent Representative of the United States to UNESCO. During her hearing she confirmed that the Obama administration is still supporting a change in the law that would permit it to restore funding to UNESCO. A recent poll shows that a large majority of Americans support U.S. finding for UNESCO.

In other news, United Nations Secretary General Ban Ki-moon announced that he had requested UNESCO Director General Irina Bokova to establish a Science Advisory Board for the United Nations and that UNESCO would host the secretariat for that Board.

Here are links to previous Global Memo posts on the UNESCO election:

Sep 30, 2013Leave a Comment on More on the Election of the UNESCO Director GeneralUNESCO
Tags UNESCO

John Daly is the former director of the USAID Office of Research and instructor at George Washington University on UNESCO. His professional background is in promoting the capacity for science and technology in developing nations, especially the applications of information and communications technology. He served as the acting Work Program Administrator of infoDev, and has been a consultant with the RAND Corporation, the World Bank, the World Health Organization, and on the Research and Training Network of the Development Gateway. He served as Vice President of Americans for UNESCO from 2005-2012.

Western European and other States
Australia
Her Excellency Gillian Bird